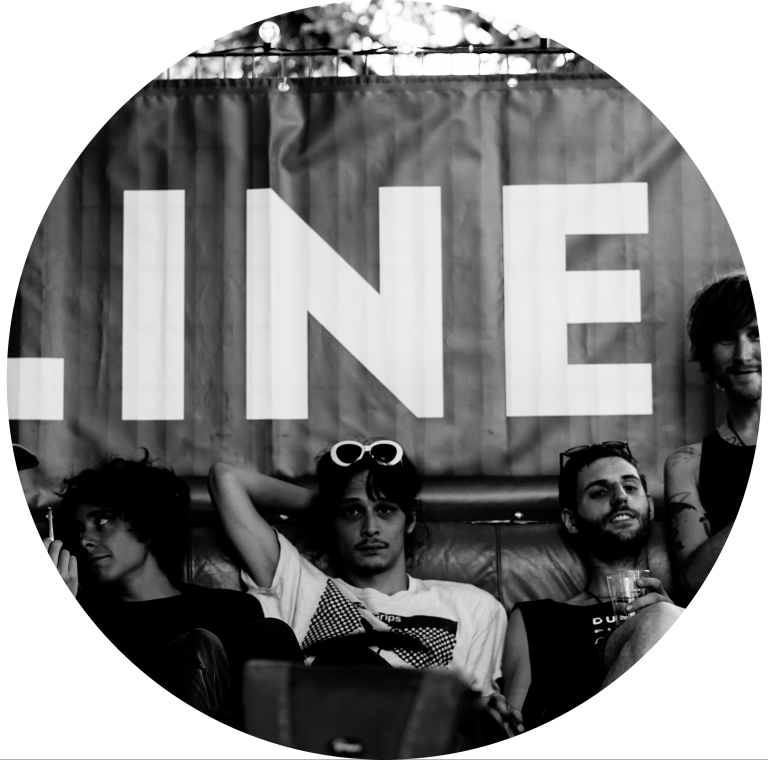 Dead End Friends was a cult, dedicated to all this guilty pleasures and the craving for them and it comes back from the brink just to unravel everything. That pack of five cult survivors, who dig drinks, drugs and disarray, blocked out the world as it disintegrates around them once again, turned everything inward and examined their own druggy doom for the last time together.

Dead End Friends’ depraved reputation is gained by their squalid charm and music that is mirroring that image: a rough blend of LSD-dream bluesy rock, ending up transcending those burdened origins with an associative postulate of a modern cult-collectivism with
anti-consumerism.
Their escapism enjoys blending Massacres and Families, 60s and 90s and is themed by a psychedelic rock-groove spirited story, set in garage rehearsal rooms, with stinky wet hair, drops of sweat and trips on forest glades between broken cars. Thematically, full length album Wrench (September, 2016) was a mix of druggy soft rock and psych-pop.
No grunge, they said.

Dead End Friends’ next and final one is a hell-bent neopsych-rock, trance-like introspection that seems disconnected from any time and place, that works simply because it’s so vivid in its depiction of a life permanently on the cusp of falling apart.

Aftermath:
Dead End Friends’ members still like to blur the lines between self expression and trip value, irony and the impulse to be outraged. They live all over this harsh world, on cruise ships and squat parties as pizza delivery boys, medical photographers, clinical psychologists, pet owners and musicians.